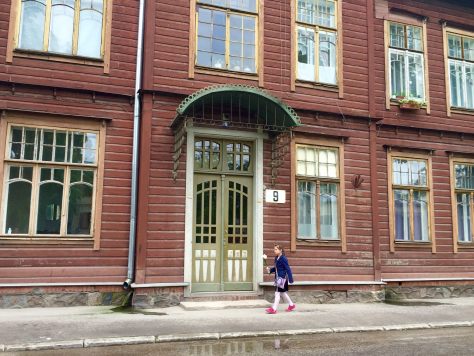 The residential landscape of a city is key to its economic, social, and cultural functioning. Following the collapse of communist rule in the countries of Central and Eastern Europe (CEE) in the late 1980s and early 1990s, urban residential dynamics and household mobility have been critical to urban change under new economies and political systems. This article explores neighbourhood perception, which is a link in the chain to better explanation of socio-spatial processes (and their interruption by the socialist system). We use a novel data set ‒ opinions expressed on one of social media (Twitter), and a novel empirical method ‒ neural network analysis, to explore people’s current attitudes and perceptions about the neighbourhoods and districts in Tartu, Estonia. The findings suggest that Twitter comments about urban neighbourhoods display attitudinal and perceptual commentary, which is subdued compared to other subjects. The socialist goal of homogeneity in neighbourhoods is not reflected in present day perspectives about urban neighbourhoods, 25 years after the disintegration of the USSR. Ambivalence about neighbourhoods persists, but this ambivalence may be in flux. Older, formerly neglected neighbourhoods, the subject of positive perception on social media, are currently experiencing increased investment, and the observed trends in our data support a narrative of neighbourhood transition.